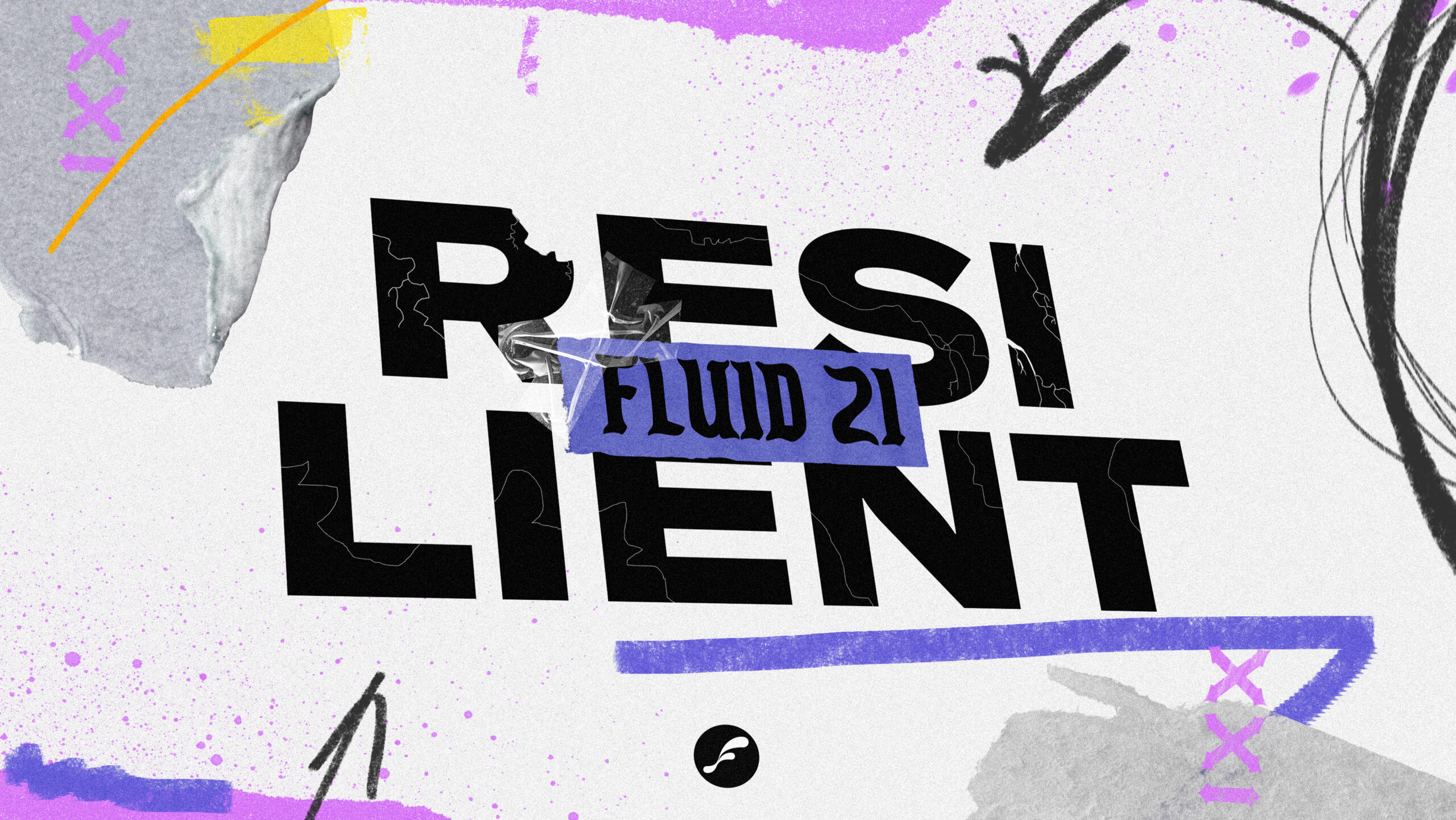 It’s been a difficult year – for everyone.

A global pandemic, social isolation, economic uncertainty, failed leadership and issues of racial equity and violence have forced us into difficulties and changes like never before. The solution is not to pretend this is not our reality. It is to recognize what’s happening and cultivate hope and be resilient even when times get tough.

Resilience is what happens when we are able to bounce back from challenges and move forward no matter what. It’s possible to learn resilience and thrive in life through community, prayer and conversations.

Come gather with young adults across Canada on Sunday May 16, 2021 as we explore what it means to be a resilient people who live passionately and purposely for Jesus in unprecedented times.

This year, Fluid will be hosting this event for FREE.

Our hope and prayer is that thousands of young adults across our nation will be encouraged by what the Apostle Paul once said to the church in Corinth: “We are afflicted in every way, but not crushed; perplexed, but not driven to despair;  persecuted, but not forsaken; struck down, but not destroyed; always carrying in the body the death of Jesus, so that the life of Jesus may also be manifested in our bodies.” – 2 Corinthians 4:8-9 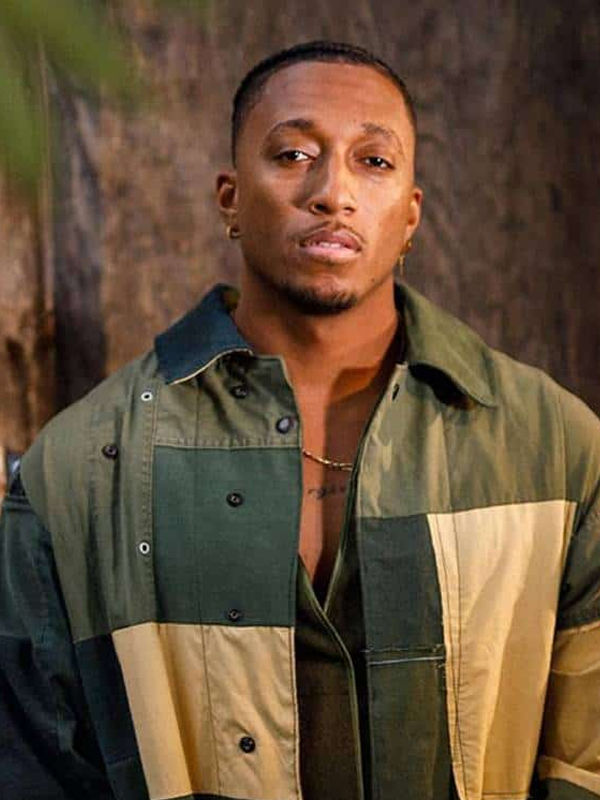 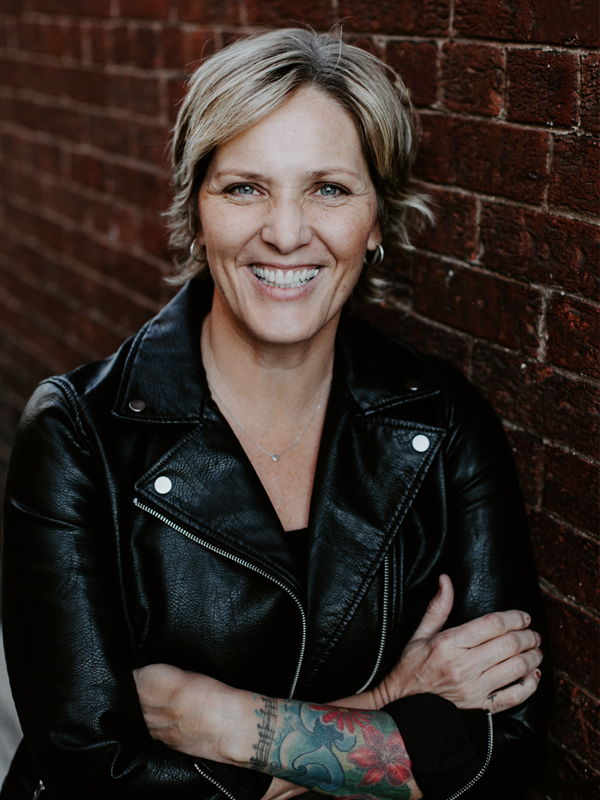 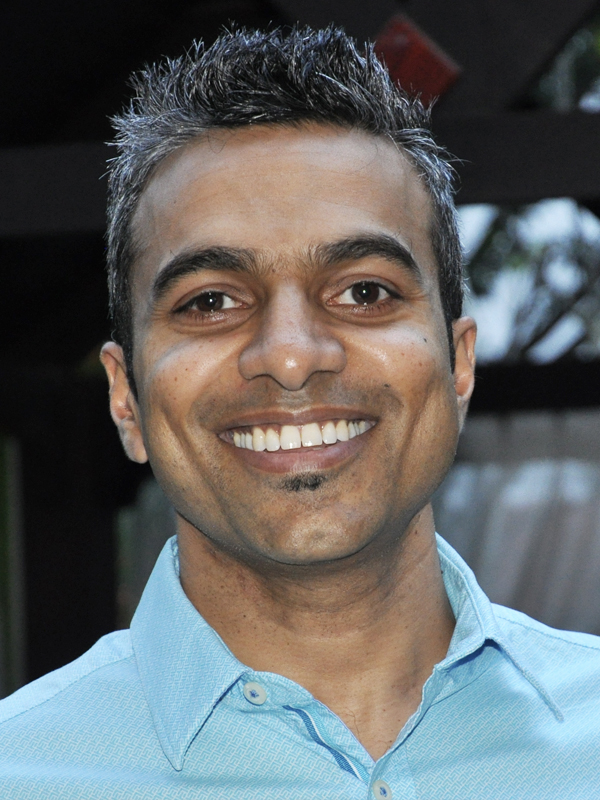 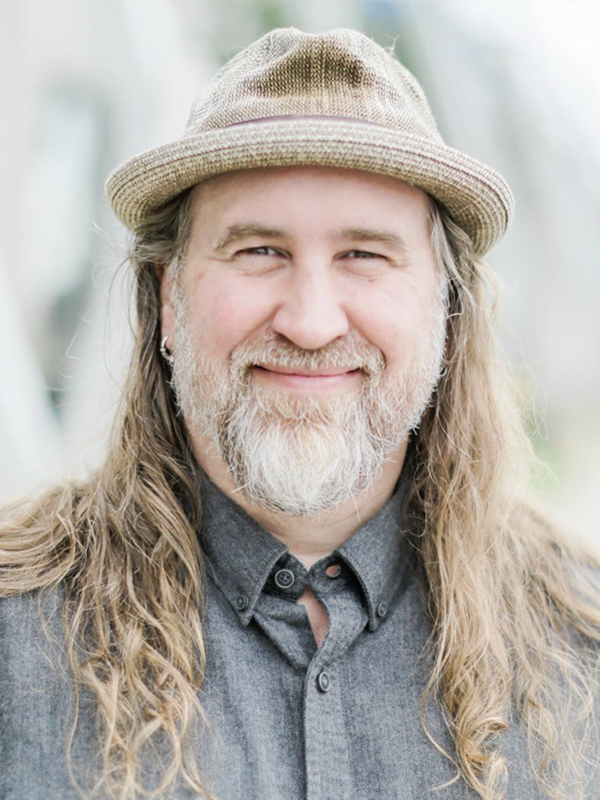 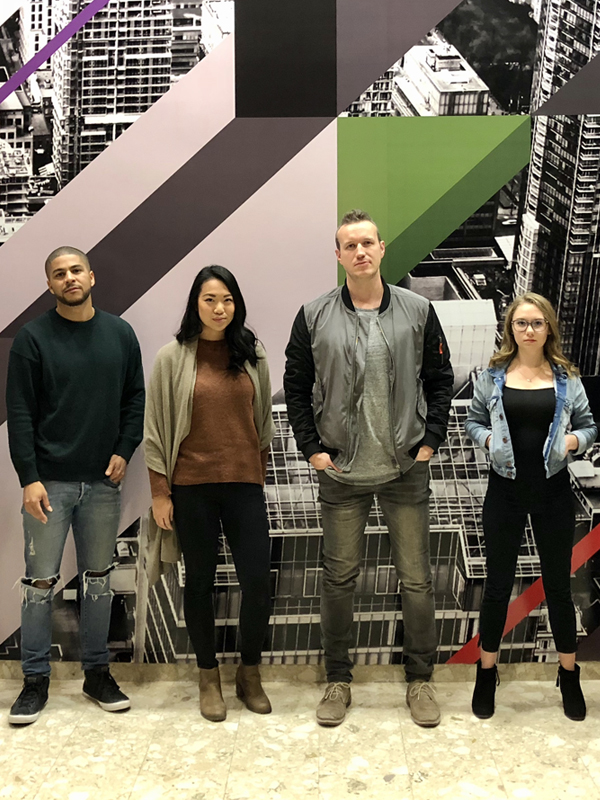 A Collection of Worship Leaders Across the Greater Toronto Area 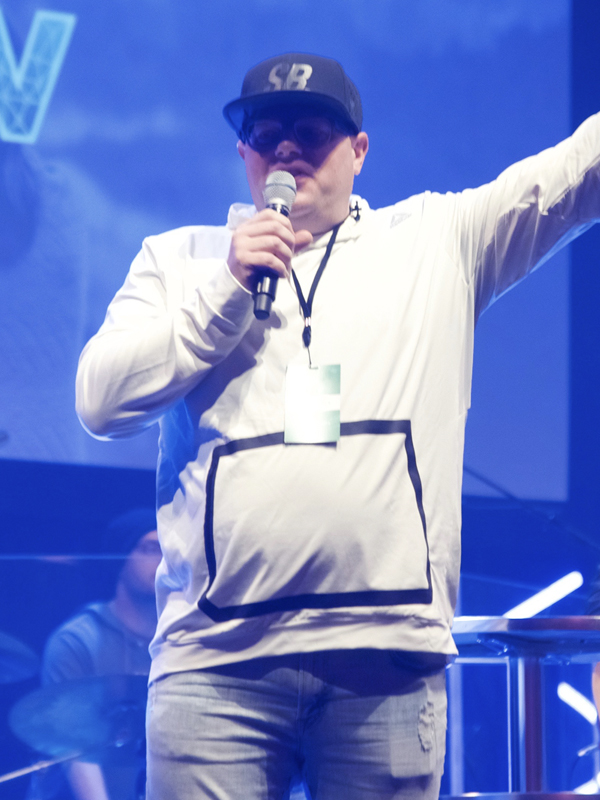 This year we are hosting this event for FREE.

Note: Registration is required for all individuals who wish to participate in this event. 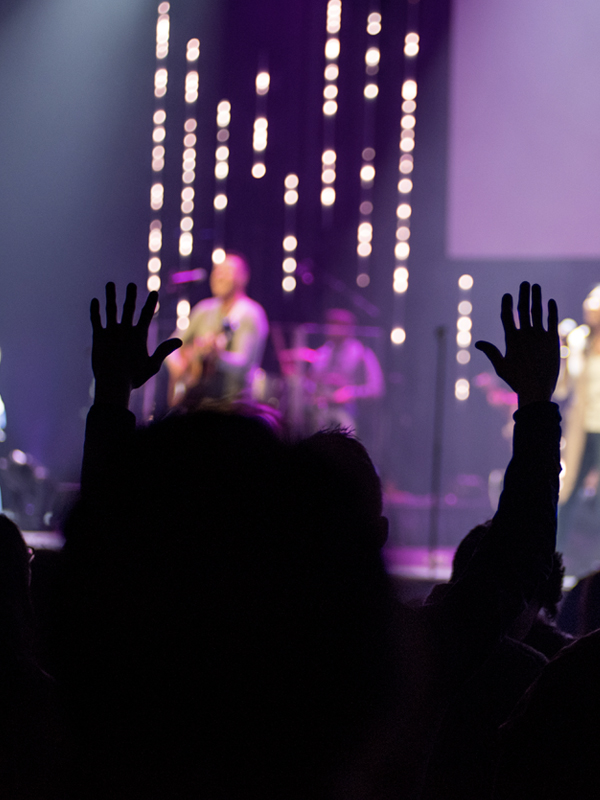 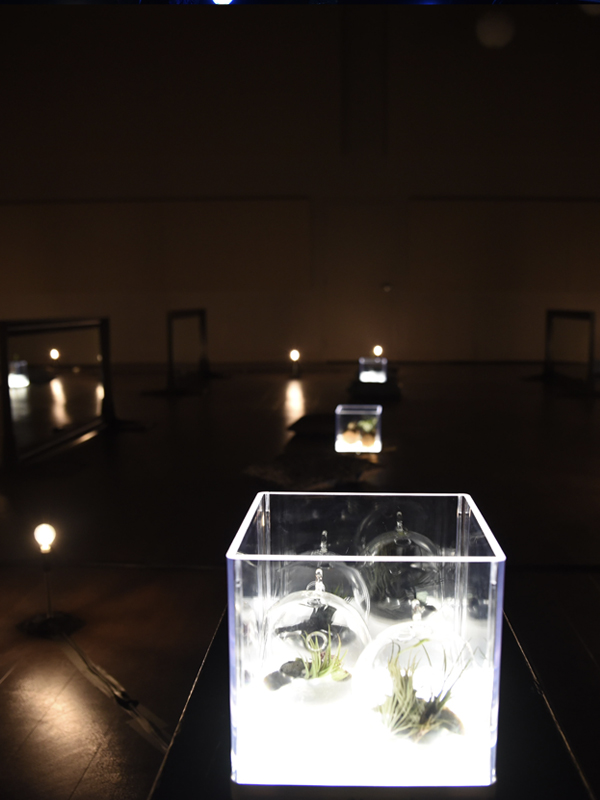 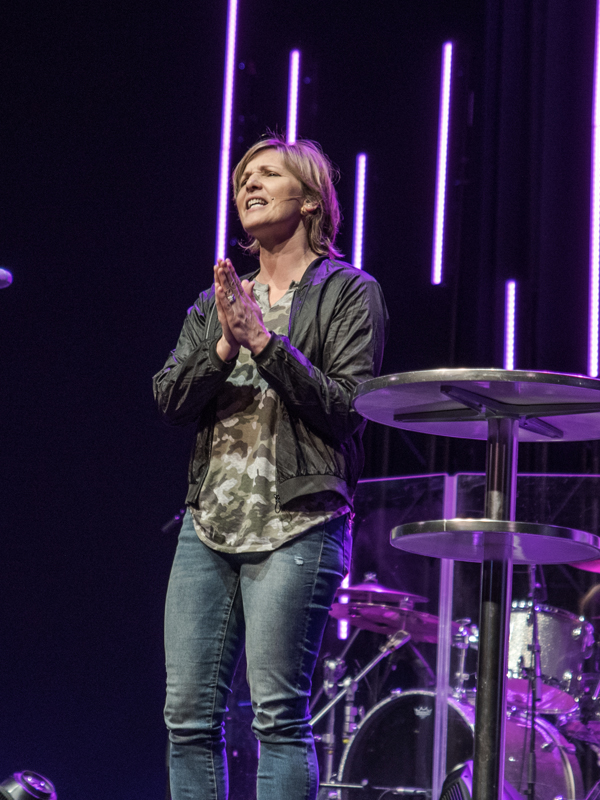 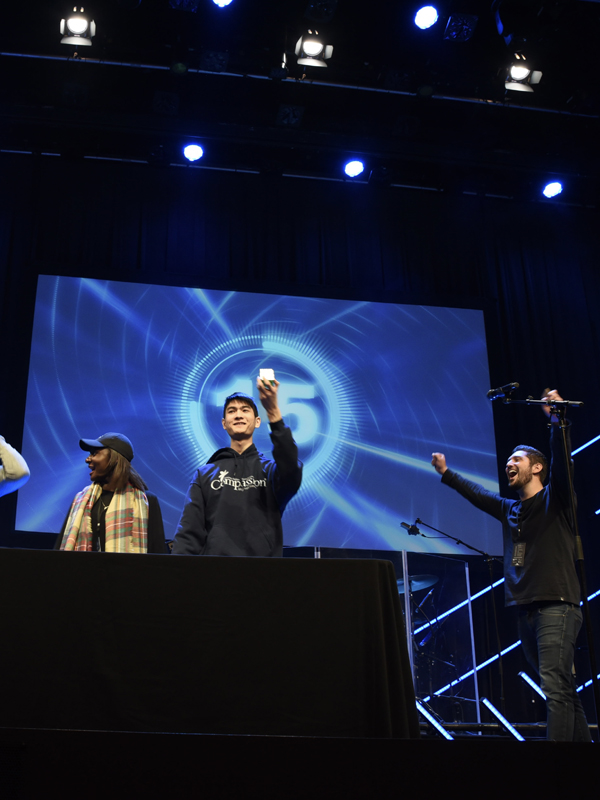 “Whoever believes in me, as Scripture has said, rivers of living water will flow from within them.” – John 7:38

Jesus promises that when we believe in Him, we experience a tidal wave of living water within us that cannot be contained. Not only are we renewed, loved and comforted by Him, we inevitably become the very instruments of renewal, love and comfort to others.  We become fluid.

“flu·id” (n) is defined as someone who isn’t static, but a person who is moving and taking the shape of whatever she flows into. In a similar way, Christ calls us to be that living water whether we are a social worker, student, pastor or a stay at home parent. Where ever we are and however we do it, He calls us to reflect the glory of God in more worshipful and fulfilling ways in any given moment. To that end:

On the first Saturday of March, we gather together to collectively learn what it means to be fluid, corporately pray for our generation and, with one voice, worship the name of Jesus.

Hear God’s call, join His movement, be the change in the very places you reside – become fluid.

For more information or if you have questions, please contact us at info@fluidgathering.com.

Sign up for our newsletter to get all the latest news and updates about our events, promotions and more!

With conversation rising about the number of teens committing suicide, the heightened conversations around mental health awareness and suicide prevention, and the masses protesting around societal issues such a racial justice and police brutality, this is the perfect time for LECRAE’s ninth album and documentary both titled Restoration to be released by Reach Records. The album features artists across all genres including John Legend, Kirk Franklin, YK Osiris, Jossy, Dani Leigh, Marc E. Bassy, Chicago Kid and more. This year, he’ll also release his second book, I Am Restored: How I Lost My Religion, But Found My Faith, a follow-up to his New York Times best-seller, Unashamed.

A Multi Grammy Award-winning platinum selling artist, Lecrae has evolved into a New York Times best-selling author, entrepreneur, speaker, thought leader, philanthropist, and Co-Owner/President of Reach Records. To date, he has sold more than 3 million copies and been nominated for 5 Grammy Awards including a win for Best Gospel Album, 15 Dove Awards, one Billboard Music Award, and received both a Soul Train Music Award and BET Hip-Hop Nomination. From his 2017 album, All Things Work Together, his single “I’ll Find You” ft. Tori Kelly, is now certified platinum by the RIAA (sold over 1 million copies) and “Blessings” ft Ty Dolla $ign is now Gold (sold over 500k).

A catalyst for restoration in faith, music, and popular culture, Lecrae is part of the new wave of thought leaders who are engaging the culture and taking Jesus out of the pulpits into the wider world in hopes of restoring faith. “We can change the narrative, empower the disenfranchised, and close wealth gaps and can restore the dignity stripped from us, but we can’t do that by separating ourselves. We need to connect with each other and lean on God to restore our sense of purpose and worth,” shares Lecrae. “There is so much on the horizon. I’m literally just getting started.”

Bruxy Cavey is the senior pastor at The Meeting House, a church for people who aren’t into church. The Meeting House is a multisite Anabaptist congregation in Ontario, Canada where thousands of people connect to God and each other through Sunday services, online interaction, and a widespread house church network. Bruxy and his wife, Nina, have three daughters and live in Hamilton, Ontario. Along with their Saint Bernard, George.

Vijay Krishnan is the Lead Pastor of The Well in Vaughan, Ontario. After studying business at Queen’s University, Vijay worked in the Toronto business community for 10 years doing CPG and Retail marketing. During that time, he helped launch Upper Room Community Church (now called The Well), and in 2009 transitioned into the Lead Pastor role. Serving in a city marked by continuous growth and affluence, along with religious and ethnic diversity, presents significant challenges and unique opportunities.

Upper Room is committed to being used by God to authentically represent Jesus Christ through a Deep Faith, and a Wide Embrace. Vijay, his wife Jenn and their three boys are thrilled to be in ministry in the local church.

Her aggressive compassion has served people firsthand in countries all over the world. From establishing justice departments and church plants, to launching global anti-trafficking initiatives, to creating new initiatives to mobilize people towards transformational living. Danielle trains, advocates, and inspires people to live differently through various initiatives.